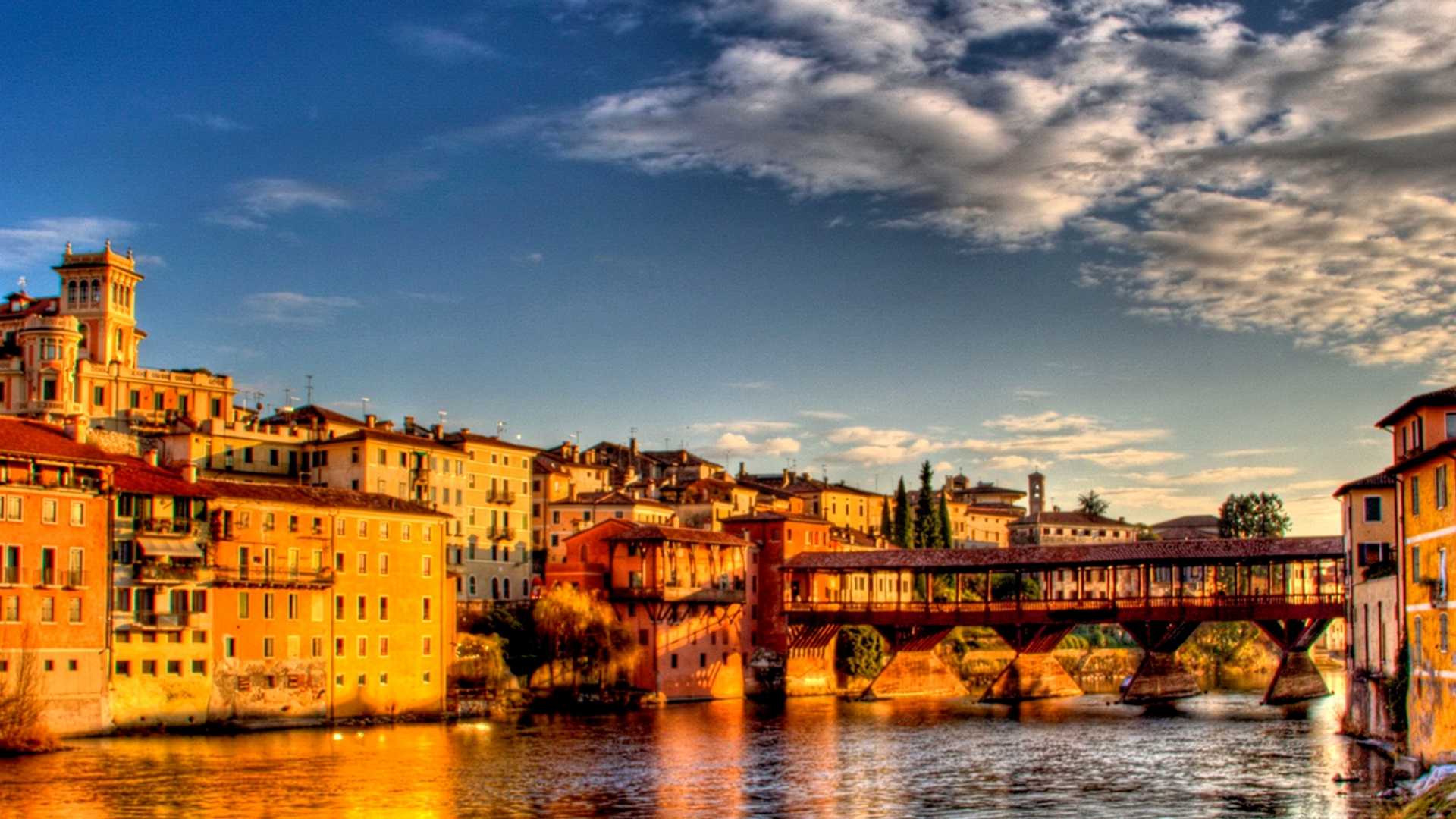 The charming location, surrounded by hills and blessed with a mild climate, allows travelers to immerse themselves in the enchantment of this medieval town located in the territory of Vicenza.

The architectural context of Bassano del Grappa is a plunge into art: the city streets are adorned by the works of artists like Palladio, Canova, Jacopo Da Ponte, Marinali e Dall’Acqua.

The Civic Museum of Bassano is the oldest in the Veneto region and is worth visiting together with the Loggia dei Potestà.
The symbol of the city is the Ponte Vecchio (old bridge); built on the Palladium project that links it to its heroic image of the Great War. It was repeatedly rebuilt over the centuries due to sudden floods; however the rebuilding always respected the original design by Palladio.

The small but fascinating Museum of the Alpine Mountains is found at one end of the bridge. The museum houses historical documents and memorabilia.

Bassano del Grappa is also known for its traditions that has made it famous: ceramics, its production is linked to the prestigious Antonibon family and its products are exhibited at the Ceramic museum in the Sturm Building, and typography developed between 1600 and 1800 by the Remondini family, an illustrious family and the most important publishers and creators in the printing industry of Italy.

For those who want to be groped by the gastronomic tradition, you’ll find tasty and delicious food such as the PGI white asparagus of Bassano that is best accompanied by a simple egg sauce or used in risotto.