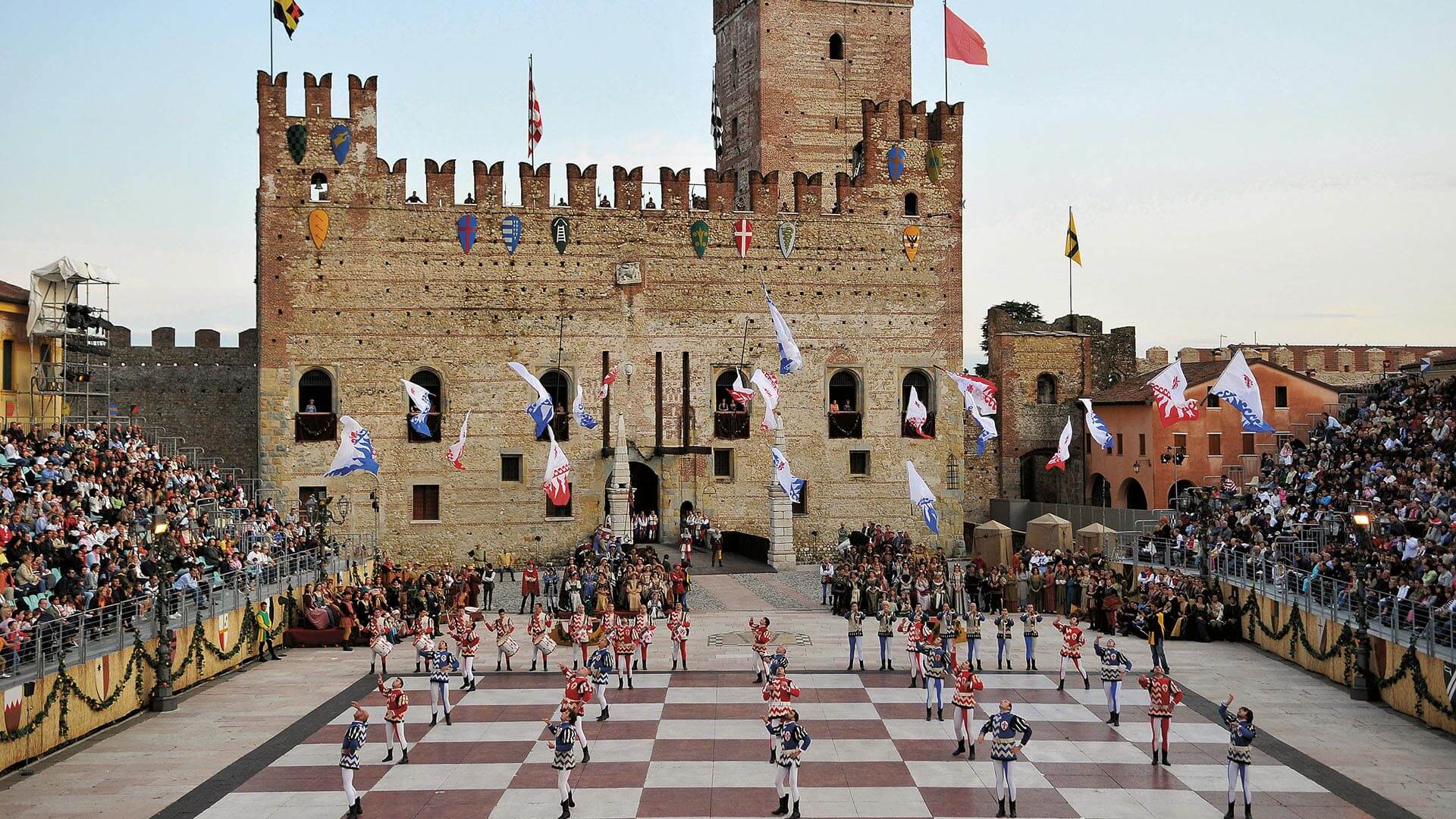 One of the most important medieval complexes in the Veneto region

Lying on the foothills that extends from Astico to Brenta, not far from Vicenza and Bassano del Grappa, the town of Marostica is enclosed within the ancient walls of its castles and still retains the magic of the past.

The distinguishing wall starts from the overlying Pausolino Hill and goes down to the center, connecting the top castle to the bottom castle. The Carmini trail is a scenic route that follows the walls giving visitors a great panoramic view.

The famous chess game is the ultimate expression of tradition, a magical moment for this town that is also known as the City of Chess.

It is a medieval re-enactment that takes place every two years in the famous Chess Square, opposite the Lower Castle, which takes its cue from a legend. It is said that in 1454 two noble warriors were both in love with Lionora, the daughter of the Castellan of Marostica.

These warriors were forbidden to fight a bloody duel and a singular chess game was played instead. The live game of chess takes place on the second Friday, Saturday and Sunday of the month of September in even-numbered years and involves more than five hundred players dressed in period costumes.

Those coming to Marostica in spring will be enchanted by the rolling hills and the expanse of cherry trees in bloom, a soft white color gives the foliage a fabulous candor. Roana, Sandra, Francese, Bella Italia, Milanese and Romana: are some of the varieties produced in the area and are so good that they bear the PGI (protected geographical indication) mark.

These cherries have been the protagonists of festivals for many years.